D Mitch new single Team US is expecting to take its root amongst the Hip Hop/Rap heads.  The flavor of the song is nice. It’s mid-tempo and is going to bring a different take to the market.  D Mitch was born in Pine Bluff Arkansas and at an early age started writing music. He later moved to New Jersey where at the age of 16 he met his music mentor Tony Walker who took him under his wing.   He is musically inspired by such top acts as Jay Z, 2 Pac, Biggie Small and Nate Dog. D Mitch felt it was his time to take a shot at stardom and he has recorded and is dropping his latest single Team Us. 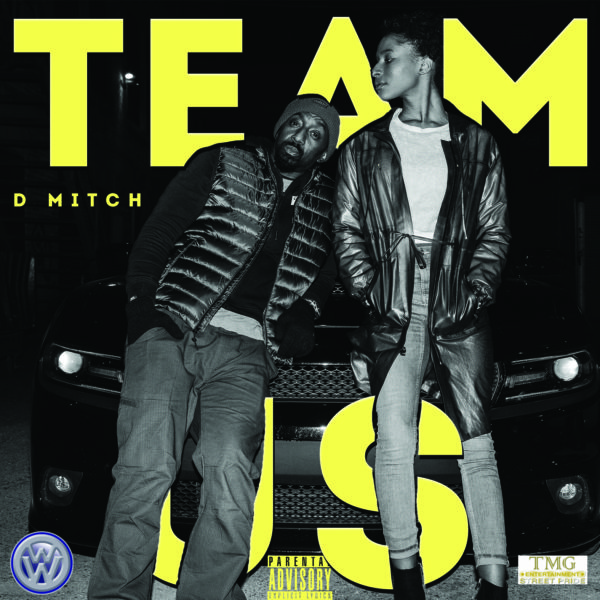 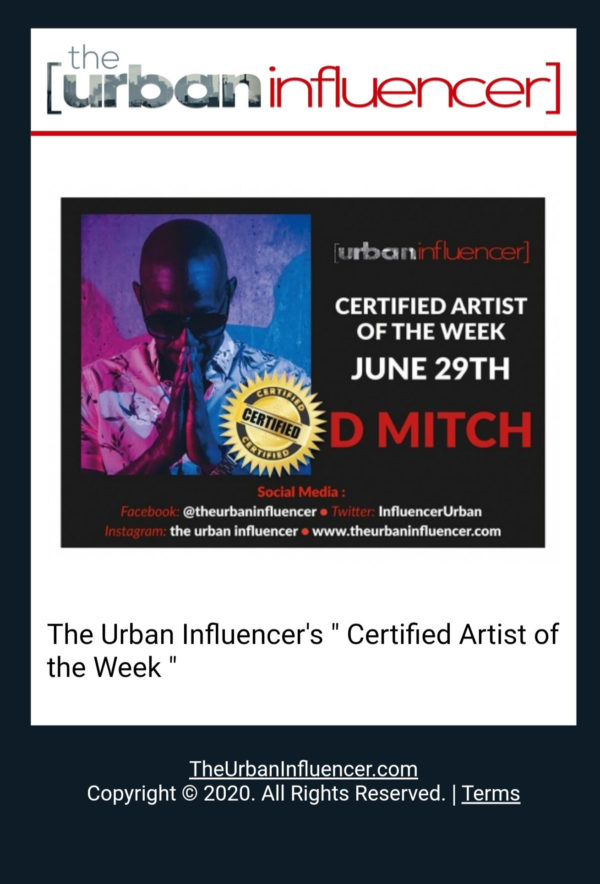 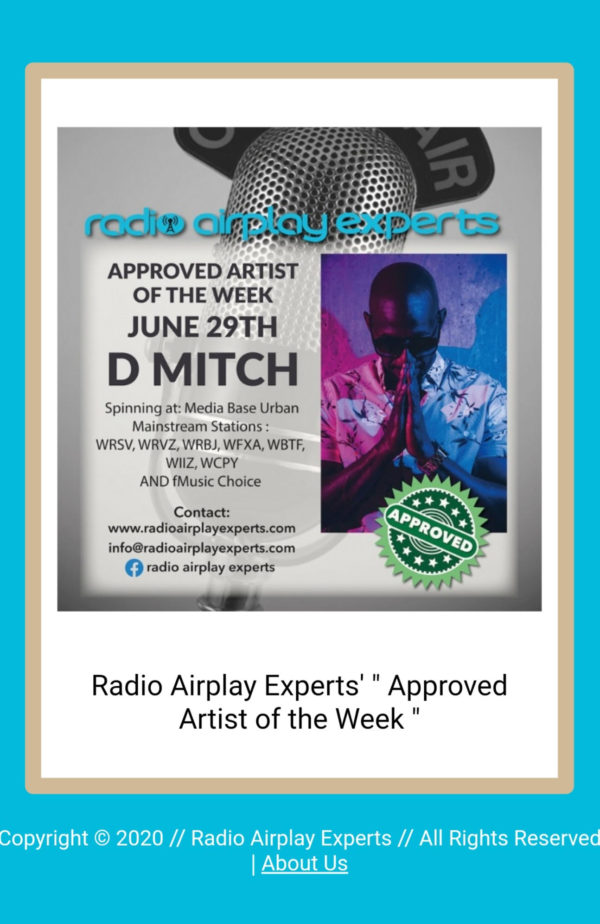 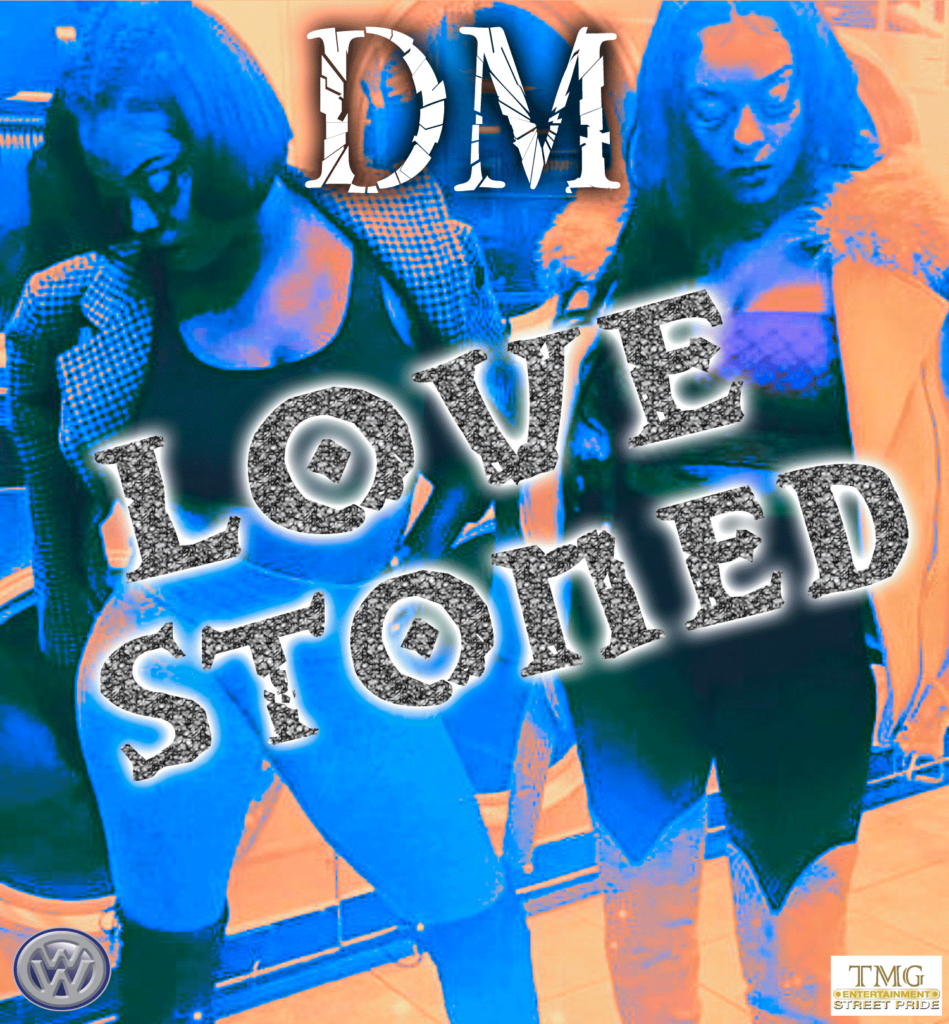 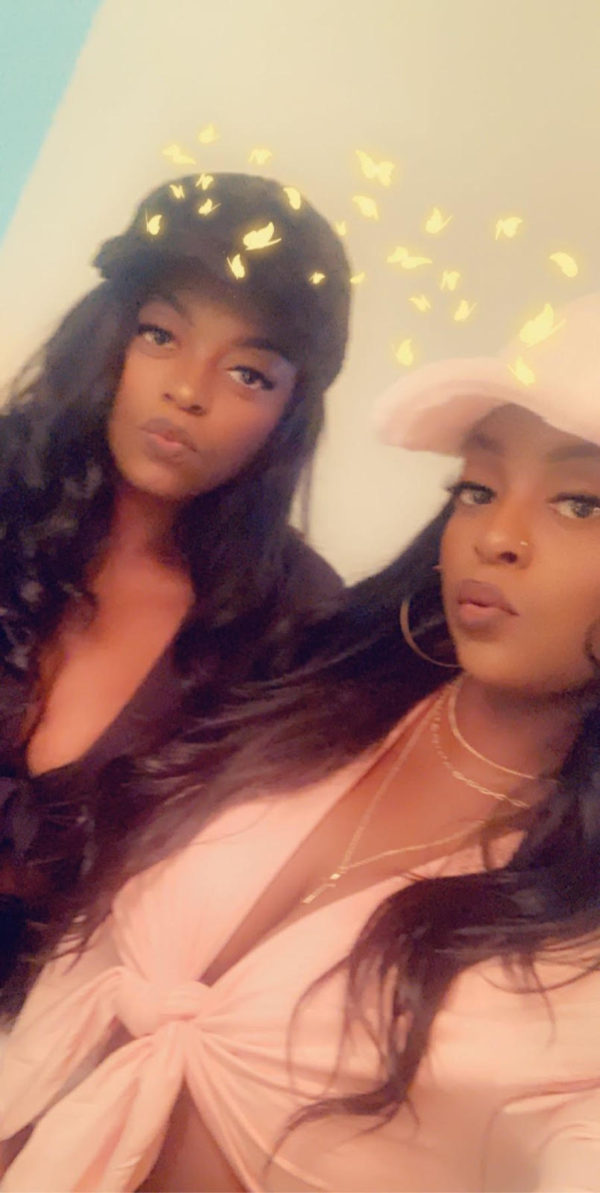 Arriving at birth with a paternal triplet brother twin Duchess and Mary Thompson has delved themselves in entertainment when they appeared as twin girls in the baby role of the “hit” movie celebrating its 25th year, Boyz In The Hood. Since the movie; the girls have been grinding over time homing their talents. Their love for entertainment has brought them to this period to form themselves as the new upcoming R&B/Hip Hop sensational dual recording artist DM.

They have always shown a uniqueness’ in their love for the industry. Down through the years interest in their talents has come from the likes of such sources as Scott Carlson Management managing many such film stars as Corey Feldman of the movies Lost Boys and The Goonies and the drummer for the musical group The Foo Fighters. The twins also spent time as teenagers working with different Producers in Los Angeles as Jhene Aiko and singer Orland Brown of That’s So Raven Show. Hollywood continues to call on their talents where they work behind the scenes on many television shows including The Arsenal Hall Show, America Got Talent and twin Mary is working in production on the TV show “How To Get Away With Murder” starring Viola Davis. Duchess has been an assistant to Katy Perry’s newly released video. In the meantime, while they are working on the Hollywood side of things, their number one love is music. They have taken their time to keep their vocal chops up and their writing skills messaged. To show their unmovable love for music DM has written and recorded a phenomenal song called Love Stoned. The track, written by the twins and produced by G-Nice is produced as “Track Music” and when you hear the song you’re immediately captivated by DM’s beautifully harmonically voices and the melody of the song. The girls were so on the money with the song that WWMG has taken interest in their music side and along with TMG Street Pride who’s marketing and distributing the song has launched their very first R&B/Hip Hop single “Love Stoned”. Upon the immediate release of “Love Stoned” the song is streaming heavily at digital radio stations and debuted the DRT Top 150 Independent Chart at #91 and has been steadily climbing up the charts. Not long after, major stations began picking up on the song and the single is airing on FM stations throughout the country.

With DM’s single airing at radio and hitting the charts, their fans are mounting and their social media is railing off the hook. They are scheduling to do “live” appearances starting in Chicago and LA and one can bet their bottom dollar that DM will be a force to be reckoned with.

Gabby Bueno, better known professionally as Gabby B., is a Brazilian songstress with a plethora of untapped superstar talent ready to rock the world. With blazing records in the chamber, expected success and fame imminent, the triple threat persona that she has made her own is certain to raise antennas from across the world.

The pop vocalist may be new to the music world but defnitely familiar with its entertainment elements. Born an only child in Goiania, Brazil, to a mother (dance performer) and father (professional martial arts instructor) Gabby was instantly synchronized with two worlds that would eventually shape shift her passion to
entertain

Gabby’s parents travelled a lot in there respective professions that would have them migrate to France for a period of time. During their stay she picked up on her second of 3 speaking languages, french. Ultimately, she was in France at the tender age of 3 that she discovered her love for singing. While on the road, Gabby watched the sensual moves of the Brazilian dance, Axé, instructed by her mother, and fne tuned her natural gift of dance. The martial arts infusion from her father via Capoeira, allowed her to discipline her body with a level of limber fnesse that only enhanced her rhythmic body language. France was the frst to witness Gabby B. She picked up the acting bug and performed in the play, Shrek, as well as sing in a talent show. Before moving to the states, Gabby knew that she wanted to be a performer in every sense of the word. High school peers in Florida got a chance to see Gabby captivate a crowd, execute choreographed dance routines and acrobatics as a cheerleader through her senior year. Now 18 and full of life, Gabby is appreciating the preparation for the next chapter of her life in the music industry. The development of her unique style is the result of awealth of music exposure as a child. Her vocal and charismatic infuences were inspired by the likes of Whitney Houston, Mariah Carey, Britney Spears and Miley Cyrus. The vocal mimicking, coupled with her Capoeira and samba-funk background sets off an excitement alarm the music industry has never seen. Gabby is an avid Barbie collector with hundreds of mint condition dolls in her portfolio. She loves the hue of Barbie pink and often models herself after the poise and fashion sense of the doll’s “life sized” persona giving her the nickname, Brazilian Barbie. Her sexy-sriracha image not only appeals to every eye that stares but also towards her way of life as a fashionista and daring trendsetter. Destined for greatness spells out Gabby’s energy. Carefully crafting her genre-defying not only stands out in representation of her birthright but all cultures abroad. Her Portuguese, French and English translations gives her an International edge from the GO! In a perfect world, everyone seeks accuracy and fairness and what’s accurate; she’s not playing fair. Get ready for the take over…. Introducing Gabby B…the B is for bueno and it’s all GOOD! 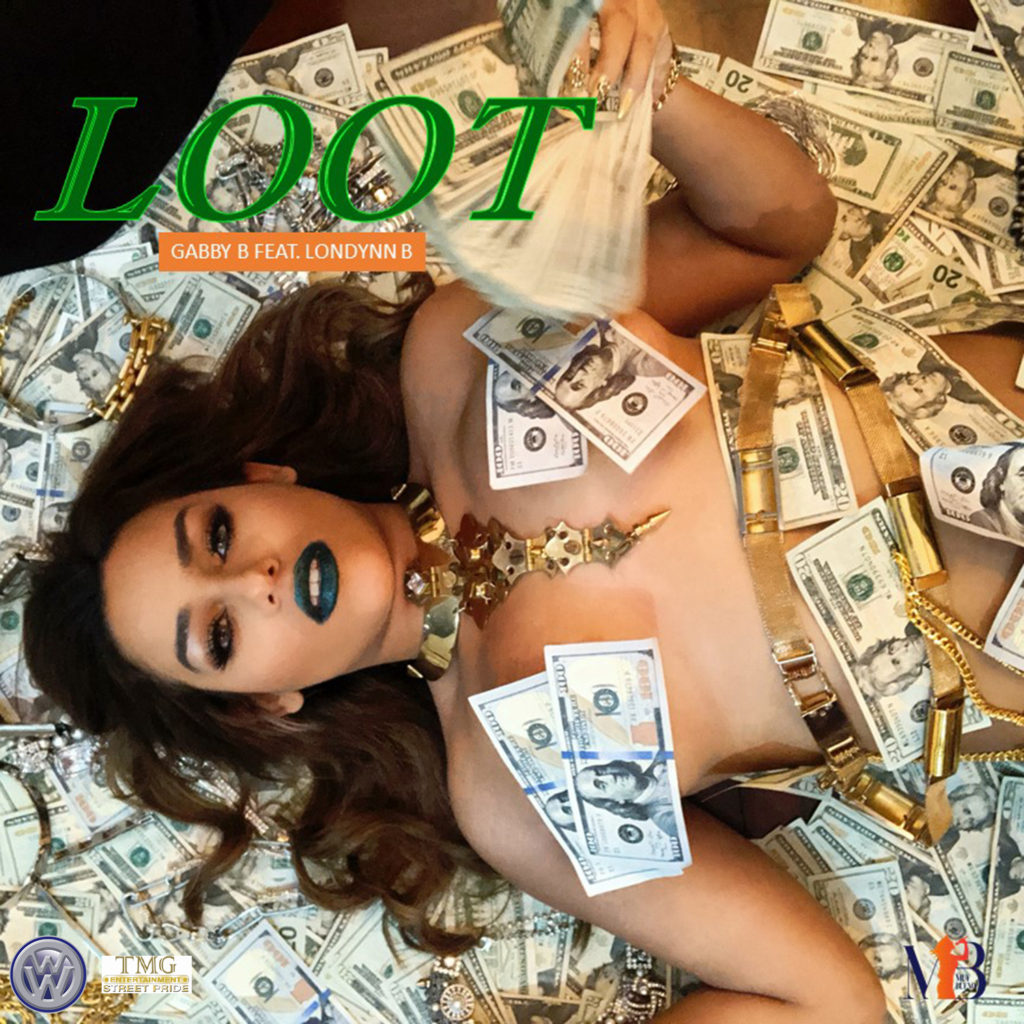 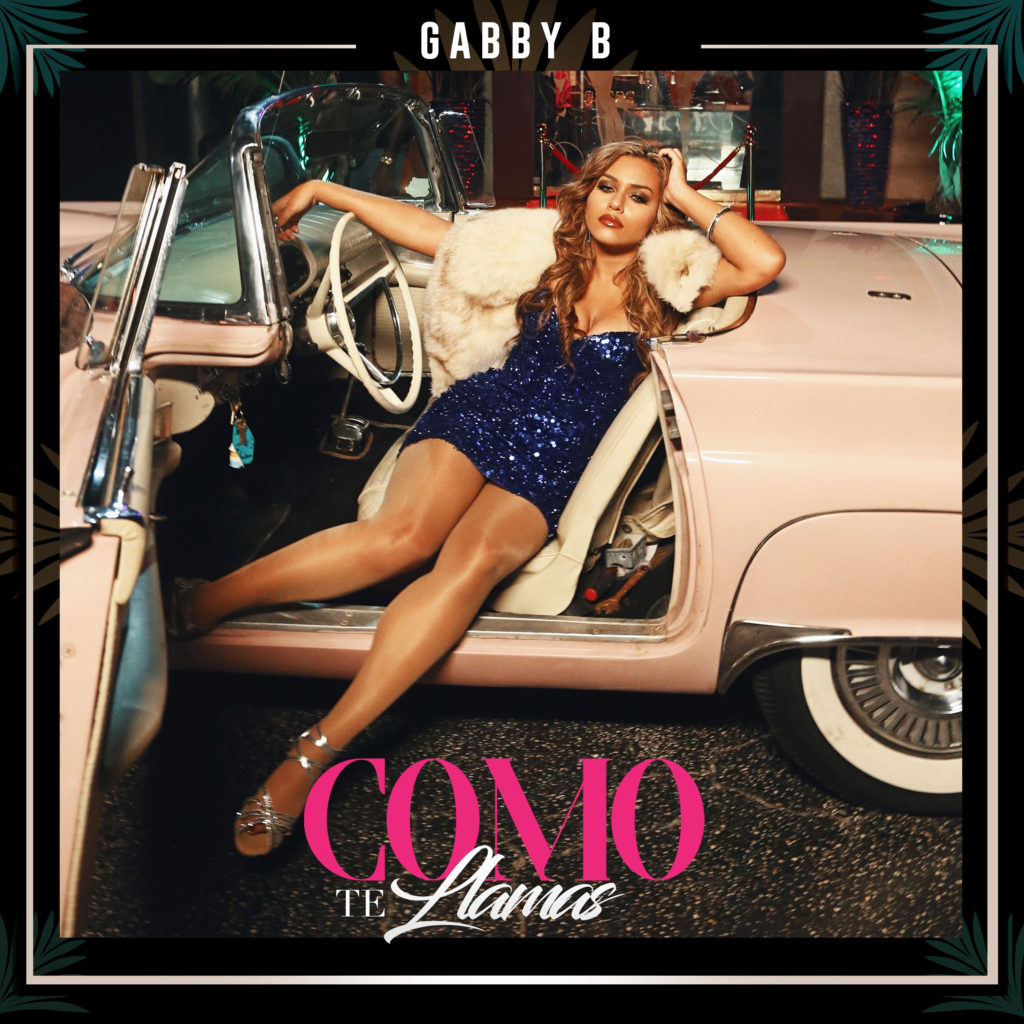